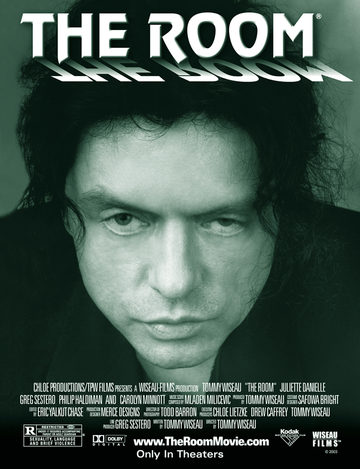 THE ROOM is an electrifying American black comedy about love, passion, betrayal and lies, starring writer/director Tommy Wiseau as a successful banker with a great respect for—and dedication to—the people in his life, especially his best friend Mark (Greg Sestero) and future wife Lisa (Juliette Danielle). As the film depicts friendships and relationships in the lives of its five major characters, it raises life's real and most-asked question: "Can you really trust anyone? Called the “Citizen Kane of bad movies,” THE ROOM became a cult sensation with midnight screenings known for audience participation and a party atmosphere. It’s the inspiration for the upcoming film THE DISASTER ARTIST, in limited release on December 1st and opening nationwide on December 8th.